Normally I’d keep this for the next Burley Line (there’s a lot of good stuff here), but there is one item promoting an online session tomorrow 30 Jul.

With contributions from over 100 Indigenous individuals and organisations, these Indigenous-led Guidelines support a step-change in learning, by both Indigenous peoples and their partners, about best practice ways of working with Indigenous knowledge to look after land and sea Country. Supported by NAILSMA and CSIRO, and funded by the Northern Australia Hub of the Australian Government’s National Environmental Science Program (NESP), the Our Knowledge Our Way Guidelines are based on 23 case studies that illustrate the critical principle that Indigenous people must decide what is best practice when working with their knowledge.  The launch will be held online between 1-2pm on the 30th July.  It features a short film, followed by a Q&A session with indigenous co-authors and partners.  Register online here.

Wed 8 Jul 2020 meeting saw Jason speaking about the Bronte Fly Fishing School course he went to in Tasmania – this was part of a recent trip he made to Tassie and JM has provided some insights on travelling to the Apple Isle (if it ever opens up again for business!).

Our angling has slowed down but it was a morale boost to get a number of articles from regular contributors.  Thanks Jason and Claude for submitting some interesting articles – even if the results of your expeditions did not include fish (we are an Angling association after all), the information obtained will stand us all in good stead.  As ever, I’m impressed by how keen young Luke has become – rewarded here with ‘photo of the month’ plus another photo in his article.  Ever vigilant Jaime spotted one item – make sure you click through to the link in respect to the huge cod landed in LBG.  There is hope still for all of us to land a lunker locally.  Lyall has put in two promotions – for our free casting lessons and for Peter Morse’s classes coming up here in Canberra.  Lots of other news from near and far in this edition.

Our new Facebook editor had a reassuring incident this month.  I’d put up in the CAA (website) News Blog a promotion for our annual fly casting lessons.  Someone following the blog (everyone should think about subscribing) was sufficiently enthused that they then announced the event on the CAA Facebook page just ahead of Shaun doing it himself.  We’ve got 47 folk subscribing to the CAA blog for emailed alerts (some are not CAA members).  By contrast we have 424 followers on Facebook (almost none are CAA members) and more every day.  I wonder if CAA should get onto Instagram and Twitter with the way this newfangled social media is being embraced. 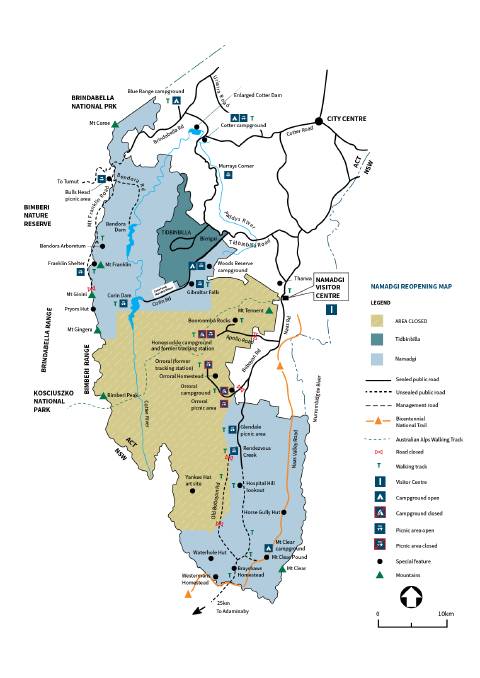 Given the AGM is going ‘virtual’ with us meeting on-line via Zoom, the traditional raffle has also gone on-line.

If you haven’t already bought your ticket, best you hurry. Buy your tickets ‘contact-free’ by transferring your money to the Canberra Anglers’ Association bank account at BSB 032727, Account 240159. $10 per ticket. Be sure to include your name in the bank reference. Lucky winners will be announced at the AGM.

$300 of prizes suited to all styles of angling. They include a Snowbee fish smoker, a McLean Angling folding weigh net (kg and lbs) made in New Zealand and a SIMMS wading koozy.

Yes, it is that time of year again. We are organising COVID-careful fly casting tuition for the public on the lawn at Old Parliament House on 13 and 20 September then moving to Googong Dam on 27 September to cast on the water and maybe catch a fish.

It is an excellent opportunity for outreach by Canberra Anglers’ Association and we have had scores of people tell us that their first exposure to fly fishing was at Old Parliament House. Not to mention the opportunity to sell the best sausage sandwiches in the southern hemisphere … no, the best on the planet.

We anticipate having our usual fantastic CAA casting instructors and members to circulate amongst members of the public to fine tune their casting. And, as usual, we will have raffles for all kinds of angling gear and hopefully a major raffle prize of a fly rod from a generous benefactor.

The best news is that we will have Master Casting Instructor, author and photographer Peter Morse joining us on 13 September to showcase the latest in Sage fly rods and Rio lines so we expect a big turnout by the public to meet him. Peter was the host of the long-running SBS fly fishing TV series Wildfish and our own Secretary as been asked more than a few times when they were travelling together “Is that the famous Peter Morse?” “Naaah, this bloke just looks like him.”

Please block off 13, 20 and 27 September in your diaries and come to the premier fly casting event of the year in Canberra.

A copy of the flyer is downloadable from the link below in case you want to print it off – pop it up on a notice board at work! 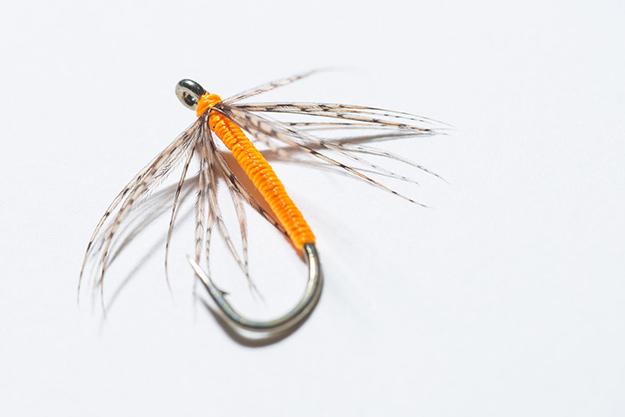 North Country Spiders – is the name given to wet flies tied in a particular style in the north of England. The Americans refer to them as “Soft Hackles”. They are at the foundation of all North Country fly fishing and are tied intentionally to be very sparse. They have been used for over a hundred years and are tied using simple, traditional, fly tying materials, to represent the full spectrum of insects available to the trout and grayling. There are many North Country Spiders variants that can represent virtually every insect and they have been successfully employed in lakes and rivers in Australia.

Shaun will be leading the tying session…you may recall the informative Loch Style fishing presentation he provided to the club earlier this year. Shaun has successfully employed these types of flies internationally and locally so his tying session is sure to be informative to all levels of fishers. Even if you don’t want to participate in the tie, join us with a single malt or camomile tea for the informative chat.

Thread: Orange 8/0. Traditionally actual tying silk made by Pearsalls. and waxed before use.

Rib: Fine gold wire (very optional). Substitute: You can use what you have in your tying kit

Alternate ties: With a peacock herl as a thorax or head – behind or in front of the hackle.

Even more alternate ties: With a touch dubbed body.

Secrets he’ll talk about on the night:

– Finding real tying silk without paying $50 a reel on eBay

1. Lightly wax the thread first. Then tie on just behind the eye.

2. Catch in the fine gold wire and hold in-line with the hook shank as you wrap the thread in touching turns.

3. Stop wrapping the thread just short of the bend.

4. Wrap the thread back up in touching turns to just short of the eye.

5. Take the gold wire in open even turns towards the eye to produce 4-6 ribs. Secure the rib with two wraps of thread.

6. Helicopter the surplus gold rib close to the body.

7. Catch in a prepared partridge feather by the tip using only two or three wraps of thread running away from the eye. I’ll explain how to prep a feather on the night.

8. Cut away the feather tip.

9. Using hackle pliers make between one and two wraps with the feather. Be careful to keep the feather from twisting so the feather barbs take position perpendicular to the body. If you stroke the barbs back as you pass the hackle around the shank you will avoid catching any preceding barbs.

11. Touch in the head with a couple of tiny drops of head cement.

Wed 12th August. Annual General Meeting – to be advised if Raiders is accepting groups like ours. If, as likely, it is via Zoom then we’ll have an ‘unprecedented experience’ of virtual trophy awards 🙂

NSW is still lagging behind with banning these traps and implementing their exchange project. ACT is enacting the change. CAA Sec emailed this today:

The ACT Government is introducing a new Fisheries (Fishing Gear) instrument which prohibits the use and possession of opera-house nets in all ACT waters (including private waters). This instrument also allows the use of open-top pyramid nets in waters where hoop-nets are allowed – please see the following link to view the instrument https://www.legislation.act.gov.au/di/2020-113/ . This has now been notified and the changes to these fishing gear rules now apply in the ACT.

Minister Gentleman has announced an opera-house net swap program https://www.cmtedd.act.gov.au/open_government/inform/act_government_media_releases/gentleman/2020/swap-your-old-yabby-trap-for-a-free-wild-life-friendly-net ,this will allow Canberran’s to swap opera-house nets for an open-top pyramid net free of charge at participating retailers. We hope this will see less opera-house nets in the community and result in less deaths of non-target native animals captured in these nets. Flyer: